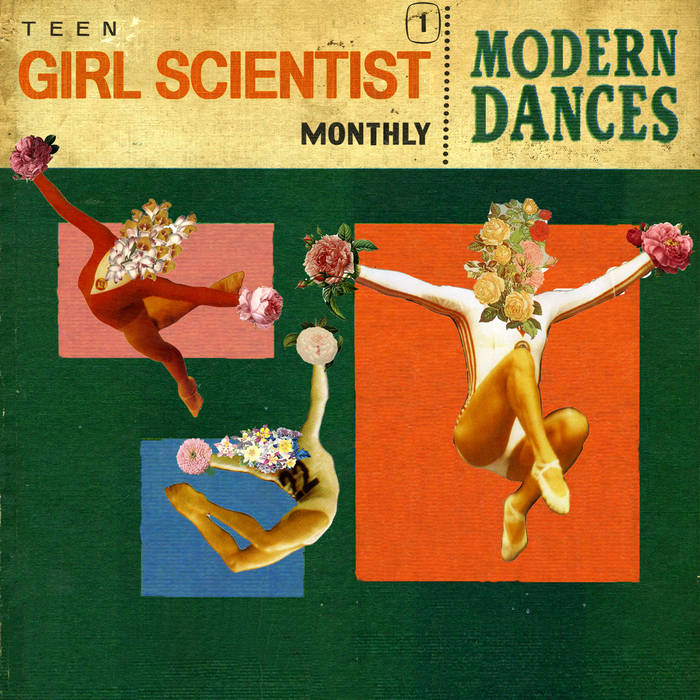 twinEgoist Picking a favorite track is like Sophie's choice. This album is fantastic and so much fun to listen to! Favorite track: It's On.

Aleksandar Arsovski There's no track I don't like in this entire album! Will need to listed to it 80 or so more times to decide on my favourite song, however. Favorite track: New Age.

"This album is simply relentless, with one astonishingly polished, robust, inventive and glorious track after another. We like to talk about albums that have no filler, but this is one of the few that truly justifies that description. ... The album is uncompromising yet accessible. The band bring hooks galore, some of the best shout-out-loud choruses around, and really deft musicianship. The interplay between Morgan’s whoops, hisses, croons and howls together with Matt Berger’s deadpan deliveries, all added to some amazing string interludes, is something of a unique and impossible beauty." -- JamSphere

"Teen Girl Scientist Monthly sound like one-hundred great summers rolled into one. ... The jangling guitar lines, brisk drums and bright vocal styles will find immediate favor with even the most jaded indie-kid." -- PopCulturez

"The first perfect album of the year, Brooklyn’s TGSM know how to pen a clever tune with male/female vocals, bright synth, driving guitars and the sort of adventurous fun that lends itself to charming indie-pop as well as charged alt-rock. Sometimes jangly, other times with an orchestral backdrop and even approaching tuneful post-punk, whatever you’re looking for this is it." -- InForty.com

the recording and mixing of Modern Dances was made possible by the support of the most incredible people - friends, fans and family. check out tgsm.tumblr.com/post/27913840048/wall-of-heroes for the full list.

recorded and mixed by gary atturio
at galuminumfoil studios in Brooklyn, NY

Teen Girl Scientist Monthly is a 6-piece rock group from Brooklyn. They sound like Ra Ra Riot and Clap Your Hands Say Yeah making out in the bathroom.

Bandcamp Daily  your guide to the world of Bandcamp

Featured sounds by K.Spark and WIZDUMB, plus Basi joins the show to discuss his latest release.